A day out at Minsmere

The RSPB's showcase reserve at Minsmere is a sacred place for birdwatchers and rightly so. That's why we chose to spend our 36th wedding anniversary there rather than boring old Biarritz. 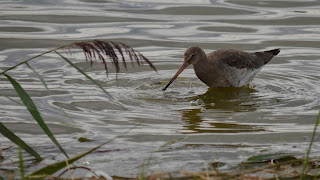 After a friendly greeting and very detailed briefing from the reception volunteer, we had a bite of lunch outside near the now abandoned sand martin cliff.  Our circular walk started out a bit slow for us, yielding only garden birds and a lesser whitethroat, but then we hit the beach. 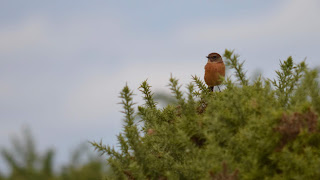 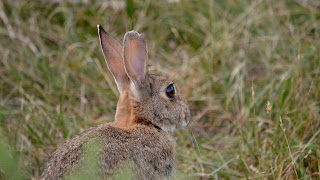 The dense gorse, elderberry, bramble and sea buckthorn along the dune-crest came alive with small birds. One scrappy elder held two stonechats and three whitethroats while a clump of bramble held a starling, more whitethroats, a garden warbler, another stonechat and a whinchat. A Dartford warbler sat out on a sprig of honeysuckle and two more skulked in the gorse where they had nested a couple of months ago.

The heart of the Reserve is the scrape, which was rather quiet with all of the breeding birds gone, but quiet for the scrape would be brilliant everywhere else. 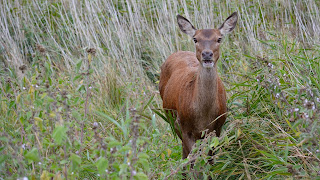 Out in the fields the Konig horses and beef cattle were joined by little and cattle egrets while a grey and gold male marsh harrier circled over-head on long up-tiled wings. Not a bad list, I'd say, and that's omitting all the tits, robins, dunnocks, finches and gulls. Then there's the invertebrates too. 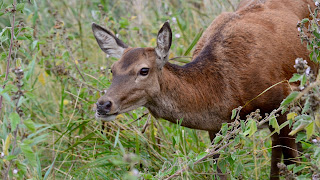 As the late summer sun started to descend, rabbits sunned themselves on the sand, a red deer munched blissfully away in the reed-bed, ten feet off the path, then a casual red fox slunk across the road on our way out towards our supper at the famous and ridiculously named Eel's Foot Inn.
Posted by Jim Stevenson at 07:27 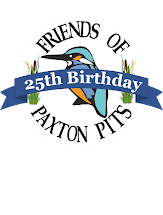